Posted at 16:45h in Safety News by tokeeffe

Doctor’s colleagues have had bad accidents/misses with patients because of being overly tired. 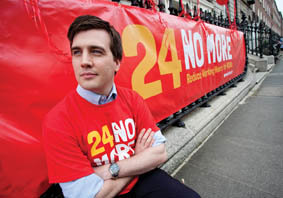 The Chairman of the IMO, Dr John Donnellan, recounting his experiences to the Irish Medical Times, has cited examples of mistakes made by doctors [NCHDs] as a result of being overly tired. He cites one example of a doctor who gave blood to a child which was not irradiated. The child may not have been accepted for a kidney transplant should it have been required.
Dr John Donnellan states NCHDs are working exhausting hours despite EU rules prohibiting the practice. He personally cites a few near misses while driving home after workdue to almost falling asleep at the wheel.
Source: Irish Medical Times