Travelling to or from work

Home > Safety News  > Travelling to or from work

06 Aug Travelling to or from work

Posted at 14:13h in Safety News by tokeeffe

NI Landmark Ruling made in case of PSNI officer: 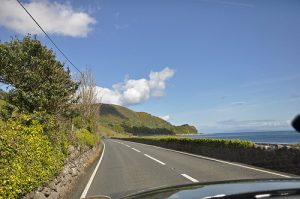 A NI landmark ruling has been made in the case of a police officer in Northern Ireland who successfully established the the journey to and from work could be classed as being on duty.
Last month witnessed a landmark ruling, when a PSNI constable who suffered serious injuries in a car bomb in 2010, was awarded industrial injury disablement benefit by the Social Security Commissioner. The facts of the case clearly established that the officer was only targeted because he was a police officer (and, therefore, as a direct consequence of his employment).
The Social Security Agency refused Peadar Heffron’s application, stating that he was not in work, or carrying out duties associated with his work, when the injury occurred. Previous case law in this area had determined that an officer had to do something to put himself on duty, when injured outside his uniformed duties. Being injured simply because he was a police officer was not enough.
In the recent appeal to the Social Security Commissioner, the commissioner overturned this principle by stating that a police officer, outside of his uniformed hours of work, could still technically be on duty, if the injury sustained arose because of his, or her, work.
Read more
Source: Belfast Telegraph / Edwards & Co. Solicitors